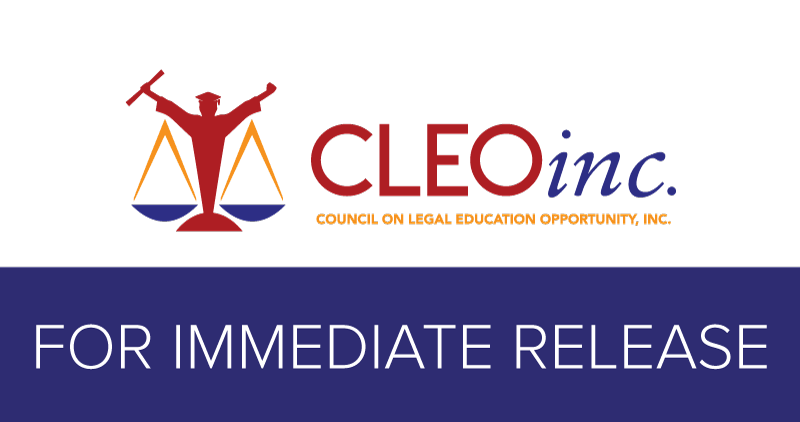 Alexandria, VA – November 16, 2022 – U.S. Representative Jamie Raskin (D-MD) will attend the Council on Legal Education Opportunity, Inc.’s (CLEO) 4th Annual CLEO EDGE Honors Reception & Awards Program on Thursday, November 17, 2022.  He will provide remarks at the event which will take place at the law office of Greenberg Trauig, 2101 L Street, NW,  Suite 1000, Washington, DC, from 6-8pm ET.  In celebration of its 54th Anniversary, the CLEO EDGE Awards will be given to five outstanding leaders in Education, Diversity, and Greater Equality in the legal profession and throughout society, including two with the CLEO EDGE Vernon E. Jordan, Jr. Heritage Award.

A three-term Congressman, Raskin Chairs the Oversight Subcommittee on Civil Rights and Civil Liberties. For 25 years, he was a constitutional law professor at American University Washington College of Law.  Moreover, he co-founded and directed the LL.M. program on law and government and co-founded the Marshall-Brennan Constitutional Literacy Project.   During his career he has taken the lead on many issues.  Most recently, Raskin was appointed to the United States House Select Committee on the January 6 Attack.

We are so excited to have Congressman Raskin with us for our CLEO EDGE reception,” stated CLEO’s Chief Executive Officer, Juan Carlos “J.C.” Polanco. “Congressman Raskin is a national leader on the issues we at CLEO care about deeply. From fighting for diversity, equality, and inclusion across the country, we couldn’t have a more energetic and compassionate ally in our efforts to diversify the legal profession.”

Vickee Jordan Adams, Vernon E. Jordan Jr.’s daughter, will also make remarks about her father for whom the award is named.  For more information about the reception, contact Leigh Allen, II, at lallen@cleoinc.org.

About the Council on Legal Education Opportunity, Inc.

CLEO, Inc. is a 501(c)(3) charitable organization committed to diversifying the legal profession by expanding legal education opportunities for persons from traditionally under-represented racial and ethnic groups, low-income, and disadvantaged communities. Founded in 1968, when the number of lawyers of color was less than one percent, CLEO has since had more than 28,000 high school, college, prelaw, and law students participate in its programs. CLEO alumni have excelled in every area of the legal profession to include judges, corporate attorneys, law school deans and professors, practitioners, and politicians. More information about CLEO and its programs can be found at https://cleoinc.org. Additionally, to listen to episodes of the new CLEO EDGE Podcast, please click here: https://www.youtube.com/user/cleomovies.